The Benefits Of Stud Welding 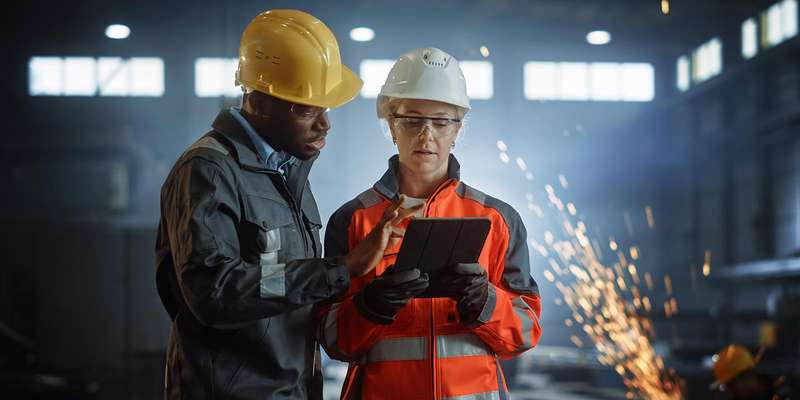 Every type of welding has its pros and cons, especially in regards to different projects. Stud welding is one variety of welding that has a great deal of benefits because it is a high-speed process that takes only milliseconds. It's used frequently for cookware, automotive, construction, marine, industrial, and aerospace products. Simply put, during the stud welding process a fastener is adhered to a metal piece. The stud is situated on a base metal, while a weld arc melts the stud and part of the base metal. The stud is then placed into the molten metal until it resolidifies with a higher strength than the stud or the workpiece themselves.

Stud welding is a highly efficient process that is also safer than traditional welding methods. Below are eight additional benefits of stud welding.

Stud welding produces stronger welds because the strength of the weld is much greater than that of the parent material or even the stud. This means that the welds made during the stud welding process will outlast the entire product, which is beneficial to the product since it won't be faulty where the joints are located.

Not every kind of welding joins two items together easily or in a short amount of time. Fortunately, stud welding adheres to the parent material with the fastener quickly. Connecting a stud on a thin steel sheet doesn't require a great deal of effort and can be done at a high speed. This saves you time and allows you to get more done with your time.

Welding two objects together isn't always cheap, especially with projects that take longer or consist of expensive materials. However, with stud welding, there are fewer maintenance costs involved. Plus, since it does not take long to perform, you can use less-skilled welder hours.

Stud welding is adaptable because it can be used on many different types of metals and stud sizes can be made to almost any specification. Metals such as copper, aluminum, brass, and stainless steel can all be stud welded. This means you won’t need multiple welding methods for projects that require joining of more than one metal type.

5. Leaves No Weld Spatter Or Marks

Some types of welding are notorious for splattering. For instance, welders commonly experience spatter in MIG welding, sometimes even in excess. With stud welding, there is not any weld splatter because a ceramic shield covers the arc and weld zone.

Welding spatter is made of hot metal that may be dangerous if it comes in contact with skin or eyes. Additionally, the splatter may damage items in the general vicinity of where you are working. The splatter might ruin the product completely. When it is salvageable, you will need to rework it a bit, which takes time and money. If you are not able to correct it, you waste even more time and money. That said, when there is no weld splatter through stud welding, you lower costs and labor-hours on your project!

When you learn stud welding, you will be taught how diverse the stud welding process can be. It can be used to fix applications including cable management mounts, machine guards, handles, fireproofing material, insulation, wiring looms, and more. This type of welding is beneficial in situations where the reverse side of an assembly is not accessible. For stud welding, access is only completely necessary on one side. This includes instruments, earth points, rails, and mounting circuit boards.

7. It Can Weld Through Painted Or Pre-Coated Items

It is okay if an item is painted or pre-coated. Image’s Smart Weld™ welders provide a Hammer Mode, which in conjunction with Hammer Weld Studs, can chip through just enough of a pre-painted surface to allow for a strong weld. From being practically smokeless to being splatter-less, stud welding is safe and clean in contrast to other welding types. Not to mention, you can do it quickly and on various projects.

Automation is a great way to make your manufacturing processes more efficient. Over the years, organizations have adopted automated stud welding processes because they offer several advantages over manual stud welding, particularly when multiple welds over a single workpiece (or series of workpieces) need to be consistent and high quality.

Automated stud welding offers manufacturers reduced costs and maintains high production standards. Investing in production stud welding systems can provide savings in the long run. Microprocessing units can also enable engineers and machine operators to manipulate welding specifics such as current and arc time to accomplish the specific welding procedure at hand. Those same processors also facilitate quick and effortless transitions from one form of a workpiece to another.

If given the option between stud welding and another joining process, you should almost always choose stud welding for the reasons stated above. To learn more about stud welding, visit the Image Industries welding processes page. Or, if you have specific questions, don’t hesitate to contact our team directly!