How Is Stud Welding Different From Spot Welding? 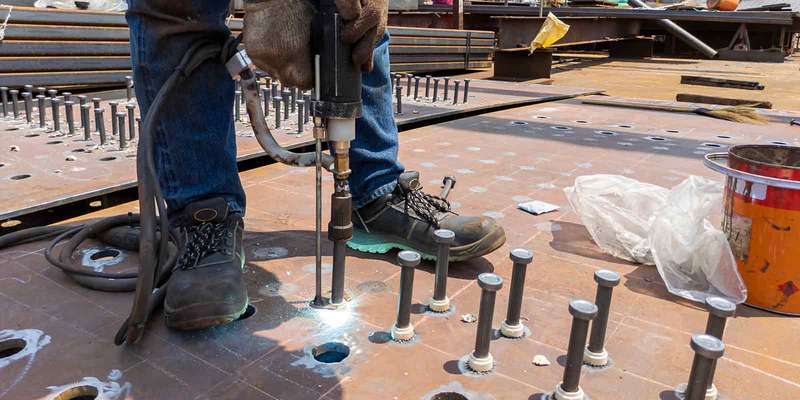 Spot welding is often confused with stud welding, but the two processes are very different. Though both of these welding processes can be used to attach fasteners to metal materials, the two involve different methods, applications, and results.

While spot welding is a tried and true method of welding, stud welding offers effective versatility, flexibility, and reliability to any project.

A Primer on Spot Welding 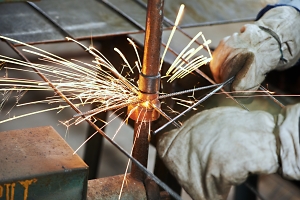 Spot welding is one of the oldest forms of welding and one of the most common today. It is a form of resistance welding, which involves joining metals by applying pressure, and then passing a current through the area which is to be joined. The heat produced by resistance to this current joins the materials together, heating the material to a malleable point. The pressure on both pieces bonds them together.

Spot welding has a limited range of materials that can be used. A prime example of this is low-carbon steel. Using spot welding on high carbon steels or aluminum alloys forms brittle welds. Pure aluminum requires high current levels.

Galvanized steel requires slightly higher welding currents to weld than uncoated steel. Other common materials include stainless steel, nickel alloys, and titanium. Spot welding also requires you to have access to both sides of the materials that you are using.

Spot welding is commonly used in many industries, such as automotive, rail, electronics, and construction. Some of the advantages of spot welding are that it doesn’t require fillers or extra materials, and it does not require special skills.

It is fairly cost-effective and doesn’t use a lot of currents (though, this plays a role in the limitations of materials that can be used). It is fairly fast, usually lasting less than half a second, depending on how thick the material is. These factors play a large part in why spot welding is still used today. 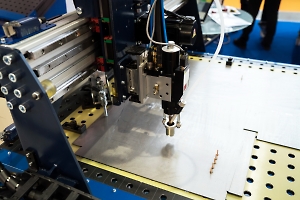 Stud welding uses an electric arc to generate heat that melts the fastener to the metal, then fuses them using return pressure. Multiple types of fasteners can be used, such as threaded, unthreaded, or tapped. Unlike spot welding, stud welding can use a wider range of materials, including high-carbon steel, aluminum, and stainless steel.

Whereas other fastening processes can mar the other side, attaching the fastener to the piece does not. In addition, it is a highly reliable weld and can be used with a wide range of metal studs.

Stud welding comes in three forms that use different methods, but all result in extremely secure welds.

When the weld is started, the current flows through the stud while the weld gun lifts the stud – this is referred to as “drawing an arc.” This melts the base of the stud and the surface of the workpiece where the stud will be placed. The gun pushes the stud onto the work surface and forms a permanent bond as the molten surface solidifies. The whole process takes less than one second – this is an extremely fast weld.

Even faster than the drawn arc stud weld is the short cycle stud welding, only taking between 10 to 100 milliseconds. An advantage to using this process is that it can be used on sheet metals that are uneven or have imperfections. The parent material must have a thickness greater than 1.7mm, though a Drawn Arc Stud Welding method is the preferred method for thicknesses of about 2mm.

When fusing fasteners to metal surfaces, stud welding offers a powerful, quick, and effective method. It does not require high-pressure equipment, and unlike spot welding, which requires access to both sides of the material, a stud weld can be done with access to a single side.

This makes stud welding flexible and able to produce more work with a greater range of options. And while it is versatile, spot welding is not nearly as versatile as Stud Welding when it comes to materials.

Another significant advantage is that a stud weld is practically invisible, which makes for a cleaner look in your finished product. It does not cause holes in the material, avoiding the potential for corrosion.

Stud welding can be found in as many industries as spot welding, with a greater range of versatility. It is especially useful in jobs such as affixing lettering or on circuit boards.

Does Your Project Require Stud Welding?

Every type of welding has its pros and cons, especially in regard to different projects. Stud welding is one welding method that has plenty of benefits because it is a high-speed process that takes milliseconds. Whether you’re focused on aesthetics, strength, tamper resistance, accessibility, or speed, stud welding may be a solution for your application.

If you are planning a stud welding project, contact us today.