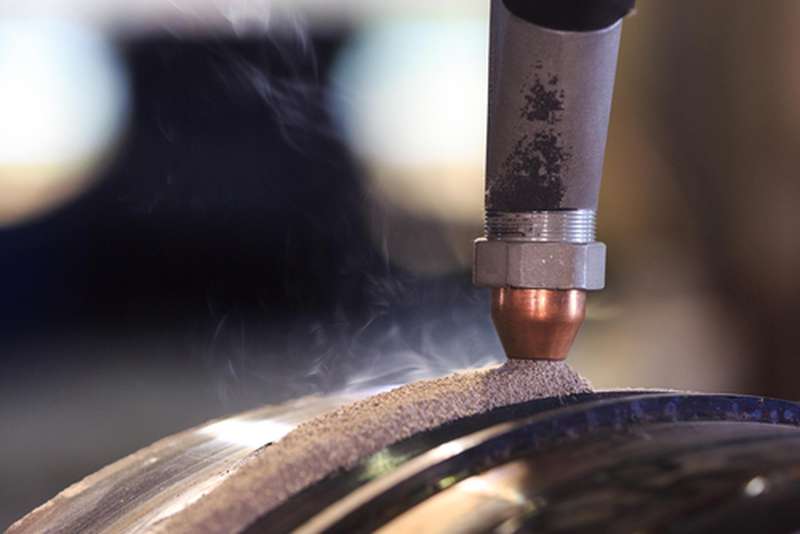 Today's constantly evolving industrial standards and materials can be inadvertently confused, leading to waste or injury. This review of essential stud welding terminology should keep your stud welding chops honed.

The Essentials for Stud Welding

Stud welding ferrules are ceramic rings that are designed to shield and protect the stud during the welding process. Image industries supplies ceramic ferrules with all drawn arc weld studs sold. These ferrules are designed not to melt or break when exposed to the brief, extreme temperatures associated with stud welding.

The Components of the Stud Welding System

The welding system itself is one of the most important pieces of equipment for stud welding. The system consists of five key components, defined below.

The weld tool, also referred to as a weld gun, is the component that holds the studs and applies the extreme heat to initiate the stud welding process. Weld guns can be handheld, or fixed, for automated systems.

Hand held weld guns are more versatile because they can be taken from job to job and are not designed for only one specific material or application.

Ground cables are one of the cables required for stud welding. The ground cable safely grounds your welding system to prevent it from shorting.

The extension cable of a stud welding system is responsible for transporting the welding current from the power source to the stud welding gun.

Drawn Arc welding creates the strongest bond between stud and base. The stud is embedded with flux to keep the weld zone clean as the gun plunges it into the base while the interfaces of each are molten. A ceramic ferrule contains the molten metal and prevents it from splashing. Below are more arc welding methods.

Check out our Welder's Guide To Drawn Arc Stud Welding!

Gas Drawn Arc Welding: Gas Arc welds do not use flux. Gas, not a ferrule, is used to shield the effects of the molten metal fusion. Gas arc welding eases automation but reduces control over the puddle and the depth of the plunge.

Check out our Welder's Guide To Gas Drawn Arc Welding!

Short Arc Welding: Short arc welds use no flux or ferrule (like gas arc). High currents and short weld times increase the speed at which these welds are accomplished but can sometimes reduce their strength. Without shielding porosity can be introduced. Short arc applications should be carefully chosen.

CD welds are used for smaller fasteners; it speeds the process and creates a very clean final product. There are two different CD welding processes defined below.

Check out our Welder's Guide to Contact CD Welding!

Gap CD Welding: In this CD welding process, the stud is lifted, creating a gap, and then released at the same time the voltage is applied to the across the workpiece. Because the stud is accelerating across the gap this process reduces weld times. Shorter weld times lends itself to aluminum and thin sheet gauges.

Cold Plunge: A condition where the molten weld pool has cooled prior to the stud being pushed into the weld pool.

Cold Weld: A condition where the molten weld pool has cooled prior to the stud being pushed into the weld pool.

Discharge: The release of electrical energy, typically used in reference to capacitors.

Hot Weld: Too much energy was used during the welding process. This is characterized by excessive splatter (CD) or a washed out fillet (Arc).

SCR: Silicon Controlled Rectifier. An active electrical device which can be turned on and off to allow the passage of current. An electronic switch.

Arc-Blow: The effect where the weld fillet runs away from the ground connection. The electric fields generated during the weld repel the fillet material away from the location of the ground. If this is a concern, it can frequently be addressed through the use of double grounds.

Bellows: This is the rubber boot that slides over the chuck adapter. This helps to keep dirt, weld spatter and other foreign contaminants from entering the internal weld tool mechanism.

Burn Off: The amount of stud consumed during the weld. This “burn-off” material forms the weld fillet.

Burn Through:A condition where the weld excessively distorts or actually melts through the base material. This is caused by an excessively hot weld or by using base material that is too thin.

Chuck:The device that holds the weld stud during the welding process. It fits into the chuck adapter. This is a consumable component and should be replaced when worn.

Chuck Adapter:This component of the stud weld tool holds the chuck and connects to the internal lifting Adapter mechanisms. The weld current flows from the weld cable to the lifting mechanism to the chuck adapter to the chuck and finally into the stud.

Controller:The controller initiates the pilot arc, sends the lift signal to the stud weld tool, starts the weld current at the right instant, and controls the duration of the weld. The controller can be a separate “box” or an internal component as in self contained units.

Current:The flow of electricity is referred to as current and is expressed in Amperes (Amps). There are two types of current: Alternating Current (AC) and Direct Current (DC). Direct current always flows one way: from negative to positive. DC is polarized which means there is a definite negative and positive connection. Alternating current (the type you get from a wall socket) flows back and forth. AC is nonpolarized, you can reverse the connections and not alter anything. Stud Welding uses DC current.

It should be noted that current is an electron flow. The amount of current required determines the size (diameter) of the cable needed. The larger the cable the more current it can carry. See Resistance.

Ferrule Grip:Holds the ferrule during the weld sequence. This is a consumable item and should be replaced when worn.

Fillet:The ring of weld metal that surrounds the stud after welding.

Flux Ball:The flux load press into the end of most weld studs. During the weld process the flux load vaporizes and consumes the oxygen at the weld site. This helps to eliminate contaminates in the weld itself.

Foot:This stud welding component is attached to the legs and it holds the ferrule grip. The combination of the legs, foot and ferrule grip determine plunge.

Hang Up:A condition where the stud weld tool does not plunge the stud into the weld pool properly and only a partial weld occurs. This can be caused by the internal mechanisms binding or more commonly by the stud hitting the ferrule. Remedy by adjusting the foot.

Lift:This motion is essential to the stud weld process since it creates a gap which the current must bridge. This air-gap increases the electrical circuit resistance and generates the heat necessary to melt the stud and parent material for the weld. If no gap exists there would be a direct short to the base material and sufficient heat would not develop. Short lift may cause molten metal to bridge the arc gap and seriously hamper weld quality. Excessive lift may result in the arc being interrupted and inconsistent which can cause poor weld results. See resistance.

Pilot Arc:This is the initiating arc which is first formed while the stud is being lifted off the work. It establishes the path for the weld current.

Plunge:The amount of stud, typically 1/8”, which protrudes beyond the ferrule when the stud weld tool is in its normal state. This represents the portion of the stud to be used in forming the weld fillet. Short plunge may cause incomplete fillet formation while too much plunge may cause excessive splatter which may also leave incomplete fillets or uneven fillet formation.

Plunge Damper: A device which slows the rate which a stud plunges into the weld pool. This reduces the amount of splash from the molten metal and helps to form a uniform weld fillet. This typically is only necessary for stud diameters over ½”.

Power Supply:The power supply can be external, such as a generator or a transformer-rectifier. Ideally, it should have an open-circuit DC voltage in the 70-120 volt range. The current required depends on the stud diameter to be welded. A general rule of thumb is 100 amps for every 1/16” diameter. For example: a 1/4” stud will require 400 amps of weld current. A power supply can also be internal and are call self contained units. Smaller units (1/2” diameter stud capacity) usually hook up to 220 or 440 volt single phase power. Larger units require 220 or 440 volt three phase power.

Resistance:This is the opposition to current flow and is expressed in Ohms. The more resistance the more Ohms. Whenever electrical flow is impeded by resistance heat is generated (it is this heat that allows stud welding to work). For example, a 40 foot cable will have twice the resistance of a 20 foot cable of the same type.

Spark Shield:This is a brass or phenolic shield used in the foot which shields the operator from welding sparks. In gas applications the gas is also ported through this device.

Time:This is the duration of the weld. The general rule is that as the stud diameter increases, the weld time is increased. In cases where there is limited base material thickness, shorter than normal weld time is used and the amperage is increased to give sufficient heat to the weld.

Voltage:Is the electrical potential difference from one point to another. Electrical current flow is the result of an electrical path (such as a wire) being established between two points of different potential, or voltage levels. If the potentials are continually interchanging and the current flows back and forth, it is AC voltage. This is the type of voltage a generator would provide. On the other hand, if one potential is always higher than the other, such as a battery, it is DC voltage. In DC the higher potential is called positive and the lower potential is called negative.

Weld Cable:This is the large diameter cable which carries the power for the pilot arc and the welding current to the arc stud.

Speak With the Experts at Image Industries About Stud Welding

If you need more information about stud welding equipment and accessories, or are unsure of what exactly you need, reach out to Image Industries. Our team of stud welding experts has years of experience providing manufacturers and welders with several products to meet their welding needs. For more information, contact us or request a quote today.