The Different Types Of Weld Studs And Their Uses 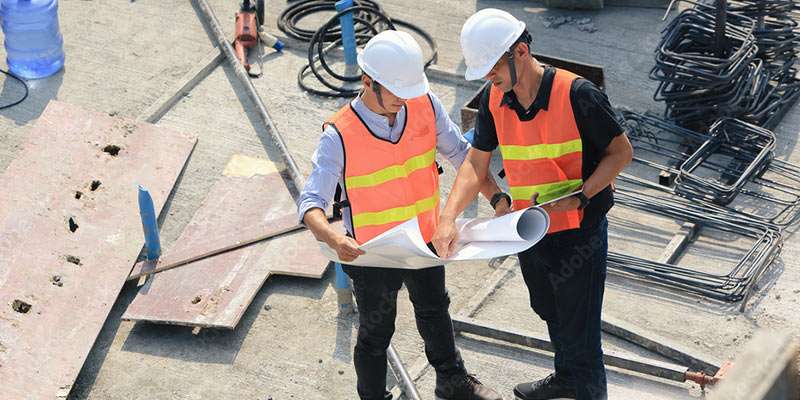 Stud welding is the technology of joining metal studs of all different sizes and applications to substrates made of a similar metal using a high current arc of electricity. This arc produces enough heat to melt the fastener base and the mating substrate. Once a molten pool forms, the fastener is then plunged into the pool, causing the current to stop and the molten metal to re-solidify so that both parts are joined by an even stronger weld.

Stud welding is used in all metalworking industries. Since it is a single-side fastening process, it is perfect for cosmetic applications requiring fasteners, including ATM machines, elevator buttons, and cooktops. Stud welding is well-favored partly due to the speed at which it can be carried out. Stud welding times range from .006 to 1.25 seconds depending on the size of the fastener.

The speed, however, does not impact the reliability or strength of the resulting joints. In fact, the weld is actually stronger than either the stud or its mating substrate. Unlike bolts with a peripheral weld or “clinch” fasteners that are pressed in place, stud welds create fully cross-sectional welds that achieve relatively higher strengths.

What Are Weld Studs?

Weld studs are cold-formed or CNC machined metal parts designed to be stud welded to substrates made of similar metal. Weld studs take less time to install than fasteners that require drilling, screwing, punching, or tapping. A weld stud loads into a compatible stud welding gun, and the gun connects to a stud welder that delivers current to the stud. This current melts the base of the stud along with an area of the workpiece to fuse them together and create a weld.

What Are The Types Of Weld Studs?

Here are the different types of weld studs and their uses:

As a company specializing in welding studs and stud welding equipment, Image Industries offers a much greater range of studs than our industry competitors. With our ability to work with your design and engineering team to create custom-drawn arc weld studs to meet your project’s needs and specifications, we can provide the ideal parts for your projects in both high volume and smaller sourcing needs.

Image offers a broad range of studs to match any application that you need completed.

The vast majority of our on-hand inventory is threaded weld studs. These studs are used to fasten or join a base workpiece to another part or component. The threading on the stud allows a nut to be used to fasten two pieces without drilling a hole or needing to secure the opposite end of the stud to tighten the nut.

Capacitive Discharge (CD) stud welding is a proven technology that has been in use for over 50 years. The broad range of use and applications is appealing to those looking for a fast, easy, and versatile process. The equipment is generally small and operates off of low voltage (110V or 240V in North America, 220V in Europe, for example). Fasteners designed for CD welding typically have a flange formed on the weld end in conjunction with a tip that initiates the discharge arc and subsequently vaporizes once electrical current is applied. The re-solidified flange enables a strong weld.

To perform a weld using a CD stud welding system and a CD weld stud, you begin by loading a weld stud into its appropriately sized chuck or collet attached to the welding gun and then placing the welded end against the metal substrate it will be welded to. The power supply will then communicate with the gun, raise the stud slightly from the substrate, and send an electrical current stored in the capacitor to the metal piece and fastener. The heat resulting from this arc melts the metal substrate as well as the tip and collar of the fastener. For the fraction of a second the fastener end and mating substrate are molten, a spring within the gun plunges the fastener into the substrate strongly fusing them together as they cool.

In the construction industry, headed stud anchors are stud welded onto steel, and the concrete poured on top creates a solid, durable hold that is effective as well as easy.

However, it is also possible to use our headed stud anchors for precast concrete. This is most commonly seen in construction where steel beams and framing is used in conjunction with concrete tilt-up walls.

Shear connector studs and headed anchor studs are used in construction to attach two different materials, typically concrete and steel. They are essential in bridge construction and building construction where the headed part of the stud forms the anchor into the concrete, joining the two materials together, forming a composite construction and providing major cost savings.

The most common options in a headed stud anchor used in precast concrete will be either mild steel or stainless steel. The specific length and body diameter will be determined by the specific applications for the job. This, in turn, will be calculated to include the maximum yield strength as well as the maximum yield shear that will be present.

Typically, headed stud anchor sizes and diameters will also vary based on the specific placement or type of precast concrete structure. Most are three to eight inches in length and are patterned in specific groups to address load capacity requirements.

Issues that have to be carefully considered when using a headed stud anchor in a pre-cast construction project include concerns about the concrete breakout and pry-out. This is most commonly associated with free edges and shear force that is directed away, but with proper placement of the anchors as well as consideration for the specifics of the design, these issues can be addressed.

Cable management has been a problem for as long as there have been cables. But now, there is a breakthrough of cable management solutions that are fast, affordable and simple.

Instead of using a weld stud, screw, or adhesive, it is possible to install high-tech QuikLinx metal cable tie mounts almost instantly with arc stud welding technology. With different options and designs, including those for use with short cycle and gas arc stud weld processes, these cable tie holder designs can be applied in a fraction of a second, providing a solid weld between the mount and the metal surface. With the ability to apply these using a stud weld system at about 3 seconds per cable tie mount, this is a cost-effective, fast, and easy way to run a cable across structural components that were extremely challenging to work with in the past.

These small-sized mounts come with wings that allow for the cable tie to be inserted through the mount to hold the cable or cable assembly solidly in place. Additionally, we provide the option of a single shot system, which is ideal for lower volume applications for metal cable tie mounts, or a magazine-fed system that is effective for rapid and exclusive installation of the tie mounts.

When it comes to cable management products, Capacitor Discharge (CD) wire tie studs are the superior option for securing cable tie bases as compared to common adhesives or screws. Their use ranges across a variety of workplace environments, from cables for heavy machinery to standard desk space equipment. They offer quick wire security so you can focus on work without worrying about causing damage or accidents.

CD ground studs can be used wherever a ground touchpoint is required. Image Industries offers CD ground studs that are designed to make it easy to establish a ground connection where you need it.

HD wire tie studs are a heavy duty gas arc solution that has the benefit of being able to weld through paint (black paint is recommended).

Companies have been manufacturing welded hydraulic cylinders for decades. Many different stud welding techniques have been used, including:

Because the stud weld process is fast, the amount of heat input into the tubing is low. This low overall heat input greatly reduces “egging” or ovality in the tube wall. This means that tube finishing can be done before port welding or that secondary post-port welding operations can be eliminated.

Offering a full cross-sectional weld as opposed to a circumferential weld, the leak performance of the stud weld port is superior to conventional boss welding. The entire face of the bottom of the port is welded to the tube instead of the outside edge.

Because of reasons 1, 2 & 3 above, many cylinder manufacturers have been able to reduce the tube wall thickness. One manufacturer went from a 7mm wall to a 5mm wall. This has saved that manufacturer tons of steel each year.

Often, manufacturers will weld an NPT fitting to the tube, and then the assembly will install a right angle JIC, O-ring boss, or O-ring face seal adapter into the NPT boss welded to the tube. Assembly is then tasked with trying to line up the adapter to a specific orientation to support a specific tube routing. This can mean loose or overly tight fittings. The stud weld port can be manufactured with the desired final fitting and welded at the exact orientation. This eliminates the adapter fitting and speeds up assembly.

Insulation pins are used to install insulation on the outside or inside of furnace shells as well as secure insulation in steel buildings. Insulation pins can also be attached to cloth seals to protect equipment from heat. There are several different kinds of insulation pins for welding, Image Industries offers the following:

If you are in need of a specific type of weld stud or are unsure which type you need, reach out to Image Industries. Our team of stud welding experts has years of experience providing manufacturers and welders with several products to meet their welding needs. For more information, call Image Industries at (866) 944-0335 or request a quote online today.