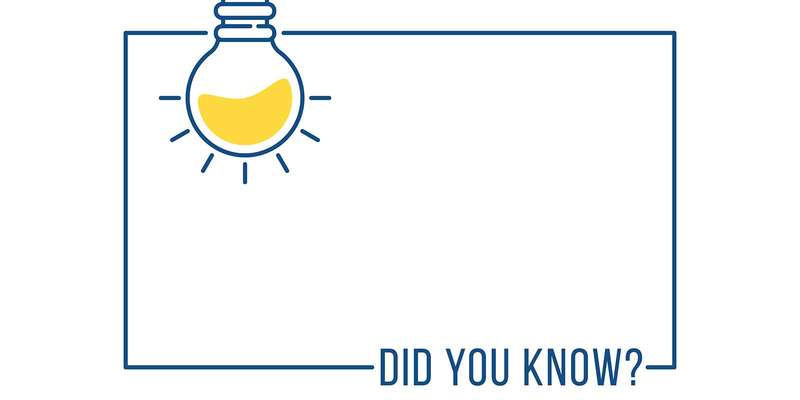 What is Stud Welding?

Stud welding, a method that applies a metal fastener to one side of a substrate metal, is frequently used in projects that require an aesthetically clean appearance on the face of one of the pieces. A common example of this type of weld is found in cookware, where handles or ornamentation are applied to one side of the pan without any marring of the opposite side of the welded site. Shipbuilding relies on stud welding to soundly connect metal parts to each other without puncturing either one. Not surprisingly, this aspect is especially critical when crafting the hull of the boat. Additionally, no multi story building or steel bridge is complete without stud welding as an integral part of composite structural design.

While stud welding is a highly efficient process there are a few considerations to keep in mind when planning a stud welding project.

The Material Being Welded

In theory, you can stud weld any materials that can be bonded together via a traditional arc welding process. However, you need to keep in mind that you can only weld materials of the same type together.

The stud welding process involved extreme temperatures that rise quickly and then need to cool. This means that there is a slight risk of hardening the material being welded which can make it more brittle. This can be mitigated by ensuring the material you are welding has a carbon content less than .18%.

Leaving Markings on the Welding Material

These thermally induced markings typically occur with drawn arc ignition since the process takes longer than capacitor discharge (CD) welding. Other factors that can contribute to leaving markings on the welding material besides its thickness are the stud diameter and the time/energy input of the welding.

Remember to always use proper welding technique, if you don’t then there is a probability that you will end up with a cavity in your welded materials. This reduces the weld’s structural integrity.

While stud welding equipment is designed to be sturdy and tough, it’s important to remember that it requires regular maintenance. If you don’t care for your welding gun, including the wearable collets, your welds may become compromised over time. In addition, make sure your stud welding gun’s settings are always set according to its requirements.

Stud welding has been around since the 1900s, below are some intriguing facts about stud welding and the welding industry in general.

In 1930, stud welding was developed by the New York Navy Yard to attach wood to steel. The new technique would prove vital to the success of the U.S. war effort.

By the mid-1930's, German activity in Europe was raising concerns in America. At that time, America's naval capacity was limited, and many of its ships were old, cumbersome and slow. Even if the country did not enter the war (which was the preference of the country's "Isolationist" movement), American military leaders knew that a strong and safe merchant fleet was significant for international trade. In 1936, the U.S. Congress passed the Merchant Marine Act and shipyards on both coasts began building new ships for both merchant and military purposes. The systems set in place between 1936 and 1940 laid the foundation for the monumental work of building out the U.S. Navy that launched in earnest in December 1941.

Stud welding played an integral part of the warship-building enterprise. Stud welds were durable and, because they eliminated the need for overlapping pieces, their use reduced the overall weight of the ship, making it lighter, faster and more nimble. Within the ship, stud welds were used to attach walls, floors, ceilings, hatches, galleys, heads and hundreds of other features securely to the ship's fittings. Often, interior aspects were created on an assembly line off-site, then dropped onto the ship by crane, and welded into place.

Used extensively in the two primary lines of ships built during World War II, the Liberty and the Victory lines, more than 5,000 stud-welded ships carried more than seven million passengers (94 percent of whom were military personnel), and more than 120 million tons of cargo to more than 325 international ports between 1941 and 1945.

Welding is an integral aspect of America's building industries, from shipbuilding to skyscrapers, superhighways, bridges and virtually everything in between. A scaffolding of welded steel (or other metal) is often the foundation over which a building's structural and aesthetic facades are laid. With that support in place, architects, engineers and designers can create imaginative yet highly functioning facilities, knowing the final product will be durable as well as beautiful.

Some form of the welding process is involved in as much as 50 percent of the gross national product of the U.S., and, with dozens of welding methods available, there is probably at least one form that can respond to your connecting or fastening concern.

Industries That Utilize Stud Welding In Their Applications

Stud welding is applicable to a wide range of industries due to the versatility of the process. Below are the most popular industries that utilize this welding method.

Welding methods are as diverse as they need to be to complete the connection. Underwater divers can use specialized welding equipment that does not require a flame or a dry "habitat" for the weld to form. In space, the lack of an atmosphere creates an ideal welding site, because there are no extraneous gasses to interact with the process. Welding was used to craft a significant percentage of the International Space Station.

Today's industrial building projects are constructed with a unique concrete/metal composite design that integrates the strength of steel plates and studs with the durability of concrete. In foundations, steel plates covered in welded studs anchor concrete slabs, making them immovable and stable. For roofs, ceilings and floors, metal and steel beams studded with thousands of welded studs create the durability necessary to span long distances without sway or sag. Connectors embedded in concrete slabs attach to the studs, creating an indelible, unbreakable bond between two disparate building materials.

Unlike any other project in America, this one required absolute perfection in design and build. Throughout the structure, stud welded anchor plates set in concrete blocks provide the flexibility and strength needed to maintain stability even in highly tensile applications. Stud welds are used throughout its construction, from its connections to underground transportation systems to the 73 elevator systems that carry passengers to the observation deck at 1,268 feet, and at every stage of the build in between.

This aviation wonder is home to the largest passenger terminal complex in the world, encompassing as much square footage as 11 Astrodome playing fields. Throughout the facility, you will find evidence of stud welding in all its aspects, from the electrical system that includes more than 53,000 light bulbs to the trash bins that collect more that 57 tons of garbage every day. These systems and their components are made more durable with stud welds

This iconic facility is one of the largest outdoor stadiums in the United States, and every one of its 165,000 seats was built and installed with stud welds. Additionally, stud welding applications are found throughout the construction of the tri-oval track and its 31 degree banked turns, the 164-stall garage, and the various outbuildings that are used for social, sporting and athletic events year-round.

Modern bridge building is based on the principles of compression and tension that are evident in all bridges, but modern materials and designs allow for longer spans and beautiful profiles. Today's bridges are built with steel, which was introduced in the 1800s. Early welding techniques were developed to connect steel pieces to each other and were used extensively in building the bridges of the 19th- and early-20th centuries. The introduction of stud welding in the 1930s created the opportunity to build even longer, stronger bridges, and most of the bridges built since the mid-20th century are stronger and sturdier because of the stud welds that connect their separate elements together.

Inside every bridge are individual elements working together to manage the dueling forces of tension and compression that are created by the bridging structure. Ensuring that all the separate elements are securely connected to each other reduces the possibility that too much tension or compression in any aspect of the bridge will cause it to fail.

Stud welds are essential elements in many of the components that make up today's modern bridge designs. At each end of the bridge, stud welded headed anchors are used to ensure the bridge is securely attached to and within the stone or concrete piers that connect the bridge to the land. Stud welded deformed bars are used in place of headed anchors when the bridge anchor application requires a more complex configuration. Across the deck of the bridge, studs welded to steel I and U beams provide fasteners for the concrete slab, and marry the two materials - steel and concrete - into the composite structure that carries the bridge load. Threaded studs can be welded onto any metal surface in, on, and around the bridge to provide the foundation for windows, columns or other design components.

All Studs used in bridges are buried in concrete. The strength created by embedding stud welds into today's bridges offers long-term stability and reliability to these integral aspects of today's complex transportation infrastructure.

Chances are if you've eaten in any restaurant lately, your food was made with or served through stud-welded appliances and machines. Salad bar sneeze shields, ketchup and soft serve ice cream dispensers, and stainless steel serving tables are all examples of stud welded food service apparatuses that you see every day. Behind the scenes are the dishwashers, ovens, stoves, grills and refrigerators that routinely and reliably heat and cool food, keeping it safe and healthy to eat.

The internet has connected food industry manufacturers to off-shore producers of food service products and systems, and the resulting battle for market share has reduced prices and narrowed every competitive edge. To remain in business, profitable and safe, many manufacturers and food service purveyors have turned to Image Industries to ensure their serving units and food prep systems are both compliant with national standards and attractive to their patron's tastes.

Image Industries offers advanced techniques in stud welding to customers producing food service equipment. Stud welding moves extremely fast, with each fastening occurring in less than one second. It connects metal to metal on one side only; leaving the opposite side unmarred and with its original finish unaltered. Cold-formed parts can be crafted with stud welds to accommodate any style or design. Enclosures, grills, bar carts, soft serve ice cream and display assemblies are but a few items built with weld studs. Stud welds are strong and reliable and can withstand the wear and tear that is typical of today's fast-moving food service providers. Stud welded machinery is ubiquitous.

Every type of welding has its pros and cons, especially in regard to different projects. Stud welding is one variety of welding that has plenty of benefits because it is a high-speed process that takes milliseconds. Whether you’re focused on aesthetics, strength, tamper resistance, accessibility, or speed, stud welding may be a solution for your application. To learn more about stud welding, visit the Image Industries stud welding section. Or, if you have specific questions, don’t hesitate to contact our team directly!