How Does Stud Welding Compare To Resistance Welding? 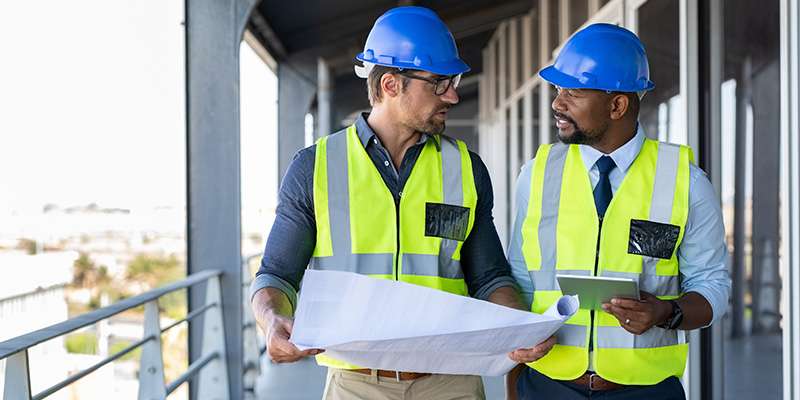 Welding is a fabrication process in which two or more parts are joined together using heat, pressure, or both. During this process, the mating portions are rapidly transformed into a liquid state, then pressed together and subsequently solidify them as one part. As the parts cool and re-solidify, they form what is referred to as a joint or weldment. The amount of energy required to weld two or more materials together varies vastly depending on the properties of the substrates being welded together. Due to the nature of the welding process, it is desirable to join similar metals with comparable melting points. That said, there are special techniques that welders can use to join dissimilar metals as well.

How Does Stud Welding Work?

Stud welding uses fasteners called weld studs, or welding studs, that are affixed to one side of a substrate in a fraction of a second without any drilling or tapping required. The stud welding process involves the conjoining of a metal stud and metal workpiece by heating each part with an arc. The primary differentiator between stud welding and other fastening processes is the attachment of the fastener to the workpiece without marring the other side.

Weld studs come in a range of designs, sizes and shapes, so they can be used for a variety of purposes and locations. Stud welding can be used to form high-quality, strong permanent bonds by end-welding a stud to a metal part. Unlike other welding methods, the fastener and metal to which it is to be affixed do not have to be made from the same material, nor do they have to be the same size or shape. Studs can be used in a variety of locations not amenable to other types of fasteners. Stud welding is a fast, efficient process that can be completed by a single worker in under a second.

There are two different types of stud welding: arc stud welding, which is typically used to join large fasteners to a rather substantial metal base, and capacitor discharge (CD) welding, which is generally used to join small fasteners to thinner metal sheets. Fasteners utilized in stud welding vary in shapes and sizes, some of which resemble conventional nuts, studs, or bolts. However, unlike standard fasteners, the ends of these pieces are designed for arc stud or CD welding purposes.

Capacitive Discharge (CD) stud welding is a proven technology that has been in use for over 50 years. The broad range of use and applications is appealing to those looking for a fast, easy, and versatile process. The equipment is generally small and operates off of low voltage (110V or 240V in North America, 220V in Europe).

Fasteners designed for CD welding have flat collars on the ends with tips that intentionally vaporize once electrical current is applied, enabling strong welds. To perform a CD weld, you begin by loading its unique fastener into the welding gun and placing it against metal. The welder will then start the gun, thus sending an electrical current to the metal piece and fastener, creating heat. This heat then melts the metal piece as well as the tip and collar of the fastener. A spring within the gun then joins the fastener with the metal piece, causing them to fuse together as they cool.

Arc stud welding joins fasteners and pieces of metal that are typically a larger diameter than for CD welding. Fasteners used in arc welding utilize an aluminum flux ball embedded into the welded end, which mitigates the oxidation while the metal is molten to help facilitate a cleaner, stronger bond. Similar to CD welding, an arc stud will get loaded onto a welding gun, but before being joined together, that spot is encompassed by a ceramic ring, referred to as a ferrule.

How Does Resistance Welding Work?

These two types of welding are often confused, yet they are different types of processes with different features. Resistance welding uses electric current and high pressure to form a bond between two items. Stud welding, on the other hand, uses an arc as the direct source of heat and there is no high-pressure requirement.

Additionally, both stud welding and resistance welding can be used for the mass assembly of items due to the consistency and reliability resulting from the exceptionally clean joints formed. Resistance welding, with its need for high pressure, requires access to both sides of the workpiece. Stud welding does not.

In the resistance projection welding method, heat from the welder gets focused on the fastener’s embossed or coined projections. This process fuses the projections with the metal base and forms a weld. It is recommended to use a press-type welder with electronic controls because it provides equalized welding pressures and a positive electrode alignment.

In the resistance spot welding process, a current is sent under the electrode to fuse the fastener and metal base together. This is typically done with a rocker-arm type of spot welder. This is because it can handle a variety of different types of welds and fastener designs. The equipment needed for spot welding is less expensive than the equipment needed for projection welding. But projection welding is more versatile and provides engineers more latitude in designs.

Which Method Should Your Welding Operations Use?

These are two of the most common welding techniques, and they are two very different processes:

Heat: No Arc Versus Arc

In resistance welding, both the fastener and the base material are heated by the flow of electricity through a resistive junction (two pieces of metal contacting each other). They are each heated to a point where they are soft enough to melt together.

With stud welding, the heat is generated by an electric arc over an air gap between the stud and the workpiece. The tip of the stud is melted along with a localized spot on the workpiece. When the heating is complete, the stud is plunged into the puddle on the workpiece. This all happens in less than one second. When the stud plunges into the molten puddle, molten material is displaced. This displaced material is captured by a ceramic shield (ferrule) and forms a ring of expelled material around the fastener. This resultant ring must be accommodated by designers.

Pressure Versus No Pressure

Stud welding, on the other hand, requires no pressure. After loading the stud into the gun and initiating the arc, the gun applies the stud onto the base material. The force supplied by the gun provides all the pressure needed to achieve a proper weld. Stud welding, therefore, can be accomplished with access to only one side of the workpiece.

Both processes produce high-quality welds. However, resistance welding typically melts several (3-4) small projections into the base material. Stud welding melts the full cross-sectional area of a weld. There is more welded surface area in a stud weld when compared to the same size resistance weld fastener.

If you're like other industrial users, you will appreciate the portability of the stud welding equipment, the speed of completion for each weld (less than one second), and the full cross-sectional weld area. It makes stud welding a flexible and convenient welding choice.

Why Stud Welding Is Often The Better Method

Stud Welding Is A Simple Process

Stud welding is a far more straightforward process than resistance welding. It only requires one step to join your materials together. To connect your two metals permanently, all you need is a few weld studs and more portable equipment. Once the weld studs are in place, the process is as simple as heating them to an intense degree and watching it all melt together. This makes the stud welding technique extremely easy to learn and an excellent choice for any beginner welders.

It’s important to remember that all welding can still be dangerous. This is the reason why you should follow standard safety rules. As resistance welding uses the electrical current in its process to join two metals, it’s far easier to harm yourself by accidentally touching both ends of your power supply.

Stud welding also uses a shield to capture the puddle of molten metal, preventing it from running off onto your hands or other body parts. The process also creates much longer-lasting fixtures and welds that will hold up under more strain than you’d imagine. This also keeps the person using the item you’ve just welded safer, with less chance of them getting hurt due to an inferior joint between metals. Plus, as the process is faster, there’s significantly less time to make a mistake and harm yourself.

Resistance welds need access to both sides of the workpiece means that there’s a higher chance of you using off-position welds that may put you too close to your equipment.

The process is also far faster, allowing you to join together more sections with less effort than if you utilized other techniques. There’s also less marking as the molten metal is kept from puddling all over the project. This is done through the use of a ceramic shield known as a ferrule. The lack of need for off-position welding means that the process of using studs is faster and easier. A trained operator even without a formal welding certification can perform a stud weld in under a second.

It’s easy to see which method of welding is superior, especially for beginners and those working on projects that need to be completed soon. Stud welding is simply easier, faster, and safer. As an added bonus, the result you get is clean and doesn’t stain the metal, yet it is still a powerful connection holding both materials together.